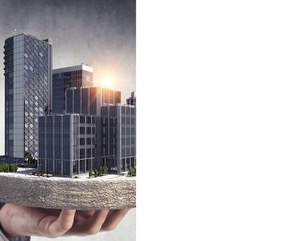 Important changes to the zoning code and zoning map will be the subject of the next Zoning Commission Meeting on July 19th.  This is likely the final public meeting and a critical opportunity for the public to speak.  The proposed amendments can now be found on the township’s website: Under the Department Tab → Zoning Department → Rezoning Documents.

Be sure to review the proposed changes and voice your concerns at the Tuesday meeting.

Vision for Violet. Unfortunately, the township has not yet finalized the comprehensive plan wherein public input regarding their vision for the future of Violet Township was sought throughout all last year (2021).  The plan’s purpose is to serve as a guide to zoning decisions for the next 15 to 20 years.  Without the plan, changes to the zoning code have and are being made at these zoning meetings.   https://visionforviolet.com

Likely Final Public Meeting on several proposed amendments to the zoning code and zoning map, including:

Once the Zoning Commission votes to accept these proposed amendments, they will be forward to the Township trustees.   At that time, the trustees will set a date for public hearing/s prior to acceptance by resolution.

Likely Final Public Hearing to rezone residential property to commercial use at Basil-Western (north side) and Hill Roads.  A Kentucky developer requests rezoning of 59 acres to a Planned Business and Industrial District. This proposed site adjoins the Woodstream residential neighborhood to the north.  The proposed use is for two warehouses with semi-trucks accessing the site from Hwy 33 via Hill and Basil-Western Roads.  Other warehouses are known to generate about 100 trucks a day per warehouse.   A traffic study by the applicant has been completed and is at the Fairfield County Engineer’s Office for review.